Project “The ancient Lviv – the modern technologies. Involving citizens of Lviv to the playback environment of the city of 18 Century” aims to strengthen civil society by involving citizens to reconstructind digitized model of the city Panorama 18th century Janusz Witwicki made in the early 20th century. 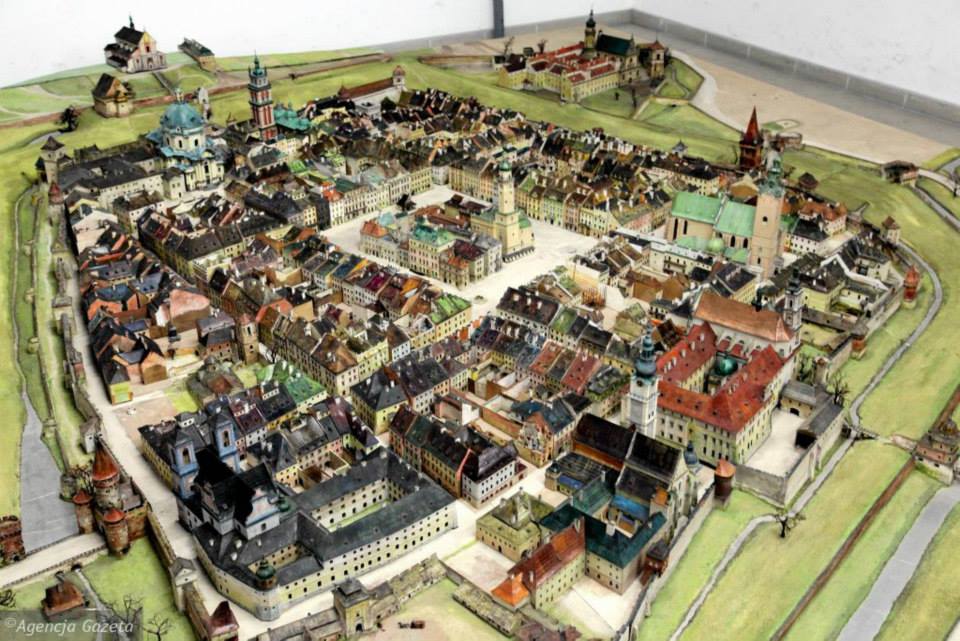 Historical Background: Janusz Witwicki (born September 10, 1903 in Lviv, died July 16, 1946 also in Lviv) was a architect and art historian, creator of the Plastic Panorama of Old Lviv.
Witwicki attended the VII Tadeusz Kościuszko High School in Lviv, and in 1920 he volunteered to the Polish Army, to take part in the Polish-Soviet War. After the conflict, he studied architecture at the Lviv Polytechnic, which he graduated in 1926. Also, he studied history of art at the University of Jan Kazimierz, with extra courses taken in Paris and Rome.

Witwicki had his own office, he designed city of Lviv’s pavilion for the 1929 Poznań International Fair. In the same year, Witwicki started working on the deed of his life – the Plastic Panorama of Old Lviv. For a few years, in the early 1930s, he moved to Toruń, and then returned to Lviv, to take up the job of assistant at the Historical Architecture Department at the Lviv Polytechnic.
During World War II, Witwicki continued his work on the Panorama, he was three times arrested by both Soviet and German occupiers. He was murdered by unknown perpetrators (possibly NKVD agents) on July 16, 1946. Witwicki was buried at the Lychakivskiy Cemetery.
Plastic Panorama of Old Lviv is a model of the city of Lviv as it looked like in mid-18th century, when it belonged to the Crown of the Kingdom of Poland. The model, with measurements of 4 by 3.6 meters and 1:200 scale.

The Panorama shows all buildings and streets that were found within city walls of the 18th century Lviv. It was made of Bristol board, lead, sheet copper and wire, and colored with paints and different acids. At first, Witwicki himself financed the project, sometime in mid-1930s a foundation was created, which collected money for it. In the first half of 1939 authorities of Lviv decided to cover one-third of expenses, but by September 1, 1939 (see: Polish September Campaign) they gave Witwicki only 10 000 zlotys. At the beginning of World War II, models of the largest building had already been made.

During Soviet (1939–1941) and German (1941–1944) occupations of the city, Witwicki worked on the model aided by some 20 persons. After the war, Soviet authorities prevented Witwicki from taking the Panorama with him to Poland. His documentation was confiscated, and is kept by the Ukrainian Academy of Sciences. After the death of Witwicki, his wife managed to take the Panorama to Warsaw, where it was secretly kept in the vaults of the National Museum by professor Stanislaw Lorentz.

The Panorama was finally transported to Wroclaw, where many Polish inhabitants of Lviv settled after the war. After renovation, it was featured in the Museum of Architecture in Wroclaw, but since 2003 it has been housed in a vault.

The project aims at using the methods of 3D digitizing and 3D printing, restore Panorama to place it in the Town Hall. Thus to finance the printing of individual objects Panorama involved citizens of the city, which with the help of specialized software can track the use of their funds and make decisions with it.
Project partners are the NGO “Museum of Ideas” (Lviv) and LINEA (Wroclaw)